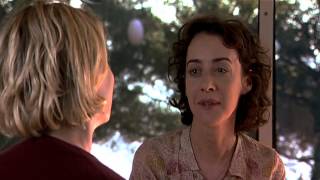 To celebrate their sixth anniversary, successful novelist Joe Therrian (Alan Cumming) and his wife, famous Hollywood actress Sally (Jennifer Jason Leigh), invite their friends over for a party. Sally and Joe have only recently reconciled after a separation, and the strain in their relationship reveals itself as the party progresses. An especially difficult topic is Joe's casting of trendy young actress Skye Davidson (Gwyneth Paltrow) in a film based on his latest novel--a role that might have gone to Sally. Also present are the Therrians's neurotic friends: the insecure director Mac (John C. Reilly) and his neurotic wife Clair (Jane Adams), movie star Cal Gold (Kevin Kline) and his wife Sophia (Phoebe Cates)--who has given up her career to support their children, and the next door neighbors, who have their own problems. The result is truly a night to remember.