A Saucerful of Secrets (180GV) (Remastered) 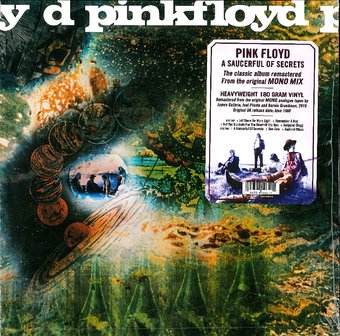 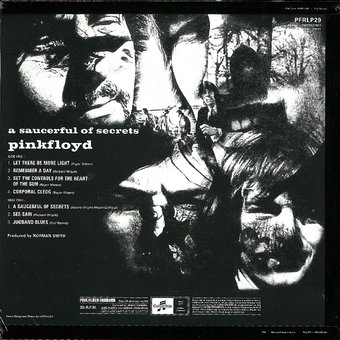 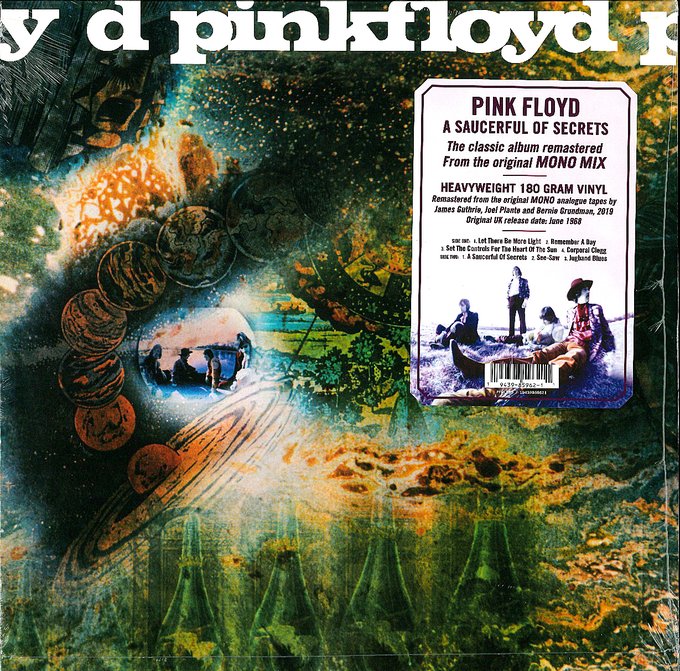 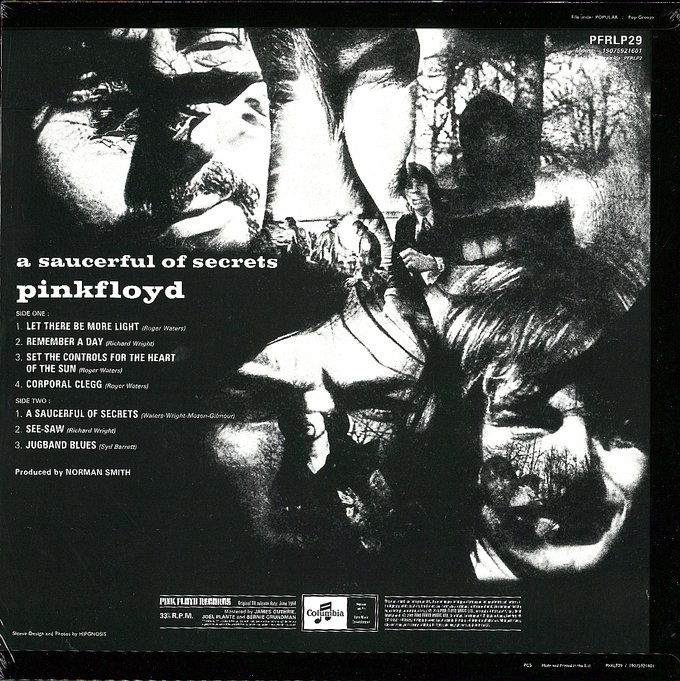 Pink Floyd: Syd Barrett, David Gilmour (vocals, guitar); Roger Waters (vocals, bass); Richard Wright (keyboards); Nick Mason (drums).
Recorded at EMI Studios, London, England.
EMI Records saw fit during the late '90s to release the mono version of Piper at the Gates of Dawn in a special boxed edition, but overlooked the mono master of its follow-up, A Saucerful of Secrets. Thus, it's fallen to a group of anonymous bootleggers to provide this lost piece of Pink Floyd ephemera to the public, in a beautifully designed digipack jacket. Admittedly, A Saucerful of Secrets is overall a weaker collection of music than its predecessor, but there's still a good deal that's worth hearing. The mono edition of the album offers different mixes on songs such as "Let There Be More Light," with the keyboard and guitar embellishments far more prominent than they are in the standard stereo edition. "Corporal Clegg," it must be conceded, may well work better in the stereo version, as the mono master pushes the guitars too far into the background. "Set the Controls for the Heart of the Sun" is also very different from the standard stereo master -- for starters, it's possible to make out the lyrics a lot more easily, and the shimmering percussion and keyboard effects are further forward in the mix. The biggest variation of all is evident in "A Saucerful of Secrets," which has a completely different set of musical effects throughout its length, but most noticeably in the first section. There is some slight weakness in the sound on this CD, relative to the authorized release, but the quality is still above average. The producers have rounded out the disc with a selection of early non-LP sides -- "It Would Be So Nice," "Julia Dream," "Point Me at the Sky," and "Careful With That Axe, Eugene" -- along with an alternate mix of "Jugband Blues" that is taken from a slightly ragged vinyl source. ~ Bruce Eder