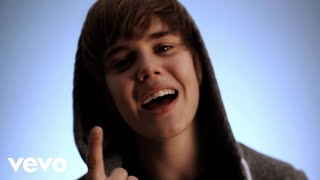 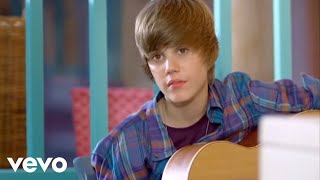 Recording information: Icon Studios, Atlanta, GA; Serenity Sound Recording Studio, Cincinnati, OH; Side 3 Studios, Denver, CO; The Boom Boom Room, Burbank, CA; Triangle Sound Studios, Atlanta, GA.
Photographers: Pamela Littky; Chris Baldwin.
Within a couple years, Canadian teenager Justin Bieber went from covering Usher on YouTube to working with Usher. An internet sensation from his renditions of several pop and pop-oriented R&B hits, he was still only 15 years old when he released this, his first album -- though it's more like an EP since it contains only seven songs that are 25 minutes in duration. Given the comfort level he showed in the material he covered, My World plays it straight, based on the kind of age-appropriate content that would fill out a release from a younger Chris Brown or a junior version of Ne-Yo. Members of the Clutch, Midi Mafia, "Tricky" Stewart, Usher, and a handful of other notable producers and songwriters grant Bieber a set of songs that isn't quite top-level quality, but the singer more than gets by on his squeaky-clean charm and natural ability. ~ Andy Kellman

63%off
Justin Bieber
Under the Mistletoe
$5.98 CD Sale
Add to Cart