Outrage: Way of the Yakuza R 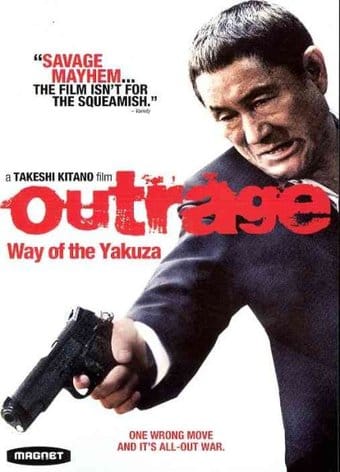 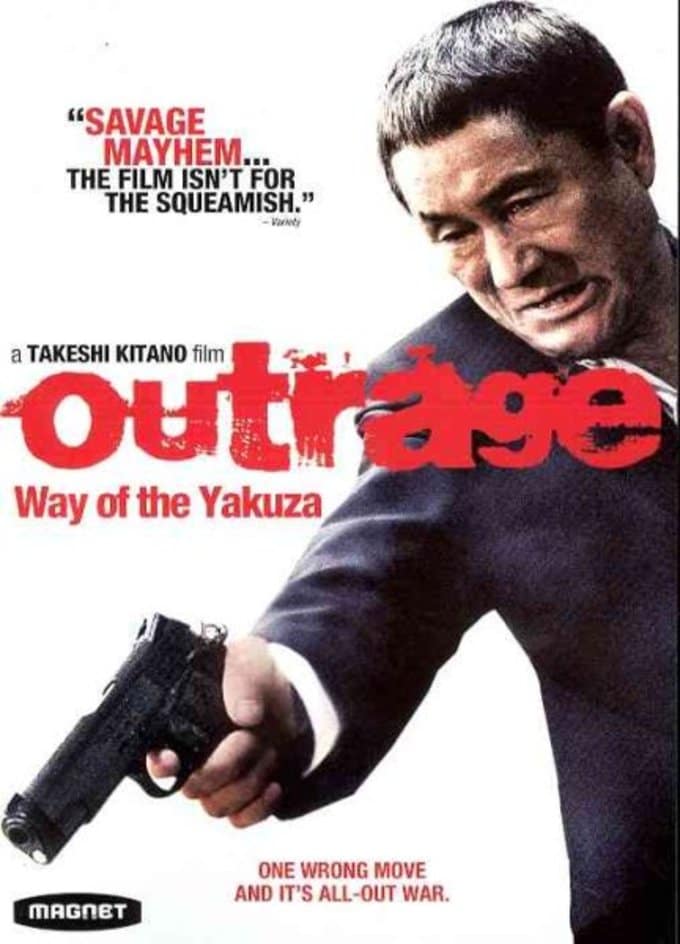 Takeshi Kitano (aka Beat Takeshi) returns to his roots as a star and director with this edgy gangster tale. The Chairman (Soichiro Kitamura) is the head of the Sanno-kai crime family, Japan's most powerful underworld syndicate, with his right-hand man, Ikemoto (Jun Kunimura), handling much of the crew's daily business. The Chairman's greatest rival is Murase (Renji Ishibashi), whose operation has made its money in drug peddling while the Sanno-kai has been striving to move its operations into more legitimate schemes. The Chairman believes that Ikemoto has become too close to Murase for comfort, and he wants the two sides to distance themselves. Ikemoto, not wanting to dirty his hands with any unpleasantness, orders one of his mechanics, Otomo (Beat Takeshi), to deliver a few reminders that the two gangs are on opposite sides. What begins as some brutal but petty recriminations by Otomo and his crew against Murase's underlings turns into a private war, and the violence on each side escalates with each exchange. AUTOREIJI (aka OUTRAGE) received its world premiere at the 2010 Cannes Film Festival.