The meanest mother of them all 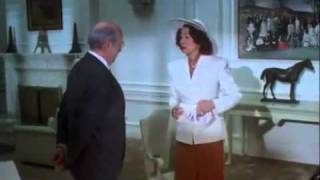 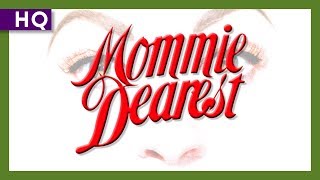 "No wire hangers, ever!"

Based on the book by her adopted daughter Christina, MOMMIE DEAREST is the now-legendary tale of Hollywood superstar Joan Crawford (Faye Dunaway) and the lengths that she went to in order to maintain her public image. After several screen successes, Crawford's plan to stay on top in Tinseltown includes adopting two children, Christina and Christopher, whom she plans on spoiling with love and gifts. As her career flags and her lack of success in her relationships with men chip away at her constitution, Crawford's treatment of her children becomes more and more brutal. Though this domestic horror tale is so over-the-top it that it is often celebrated as high camp, Dunaway's performance remains nothing short of astounding.

The sensationalistic film biography of one of the silver screen's most infamous female stars, Joan Crawford. Based on a tell-all biography by Ms. Crawford's adopted daughter, this movie presents a subjective vision of life behind the closed doors of the Crawford household -- a view into the sordid personal life of a narcissistic and domineering mother who sadistically beat her "precious" little children.

The Burning Bed
$19
Add to Cart