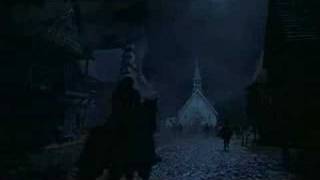 In Tim Burton's stylish, creepy retelling of the classic Washington Irving story, SLEEPY HOLLOW, Ichabod Crane (Johnny Depp) is a squeamish, bookish 18th century New York City investigator sent to a small town in lower Westchester county to look into three mysterious decapitations. When the always rational Crane arrives at the little Dutch village, he finds that most of the townsfolk believe the culprit to be the Headless Horseman, the ghost of a monstrous Hessian soldier (Christopher Walken), who seems to be mysteriously tied in to one of the town's most prominent families. Burton's natural instincts for campy humor, combined with the hauntingly gorgeous technical work (Emmanuel Lubezki's cinematography and Danny Elfman's score included), collide to create a work of exhilarating entertainment and poetic storytelling. Miranda Richardson, Casper Van Dien and Christina Ricci help make up an ensemble cast that, combined with the historically accurate village sets and dreamlike magic of the haunted Western Woods--created on the largest sound stage in film history--makes SLEEPY HOLLOW a visually stunning, gripping, and, at times, chilling film.

Interview with the Vampire
$6.40
Add to Cart

22%off
The Adventures of Ichabod and Mr. Toad
$11.70 Super Savings
Add to Cart

18%off
The Brothers Grimm
$8.20 Super Savings
Add to Cart