Tex Ritter comes to the rescue of homesteaders in two classic western adventures. 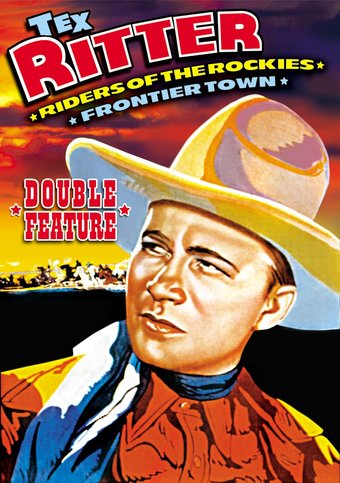 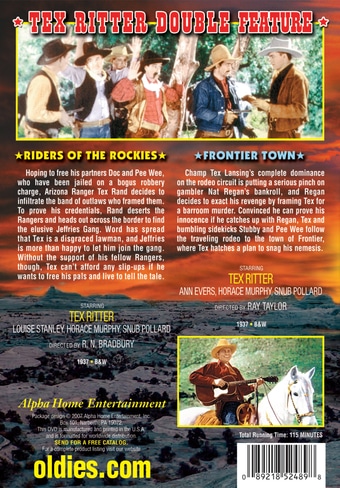 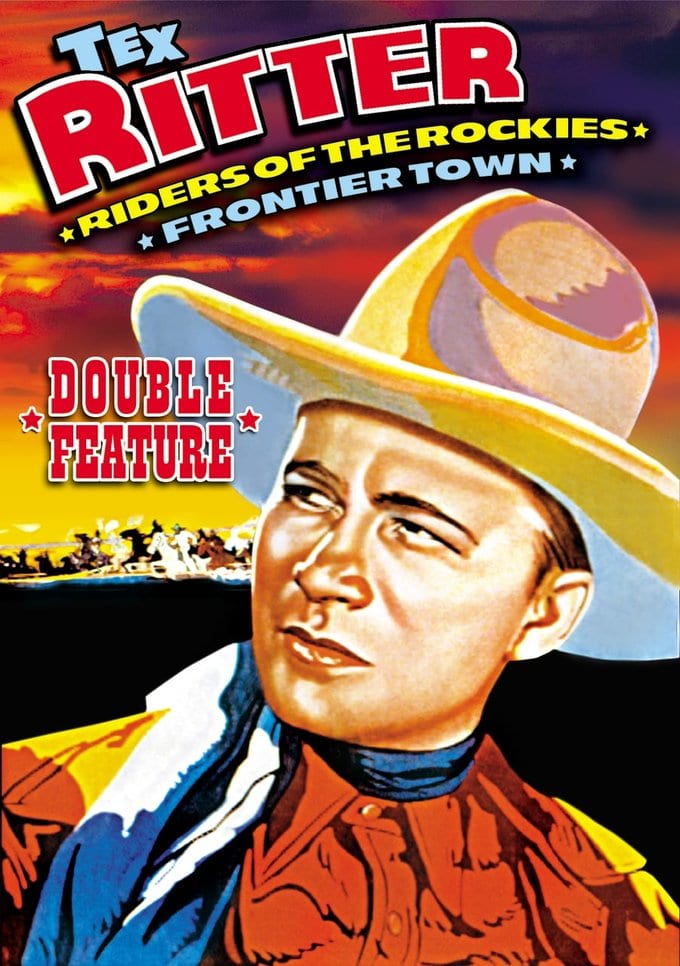 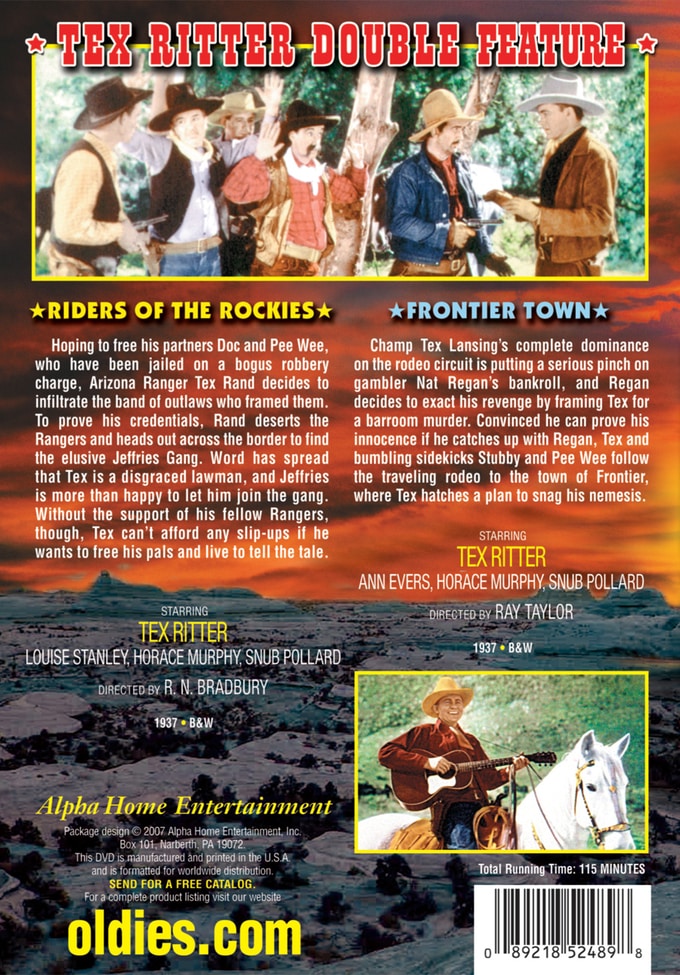 Riders Of The Rockies (B&W, 1937): Hoping to free his partners Doc and Pee Wee, who have been jailed on a bogus robbery charge, Arizona Ranger Tex Rand decides to infiltrate the band of outlaws who framed them. To prove his credentials, Rand deserts the Rangers and heads out across the border to find the elusive Jeffries Gang. Word has spread that Tex is a disgraced lawman, and Jeffries is more than happy to let him join the gang. Without the support of his fellow Rangers, though, Tex can't afford any slip-ups if he wants to free his pals and live to tell the tale. Starring Tex Ritter, Louise Stanley, Horace Murphy and Snub Pollard; Directed by R. N. Bradbury.

Frontier Town (B&W, 1937): Champ Tex Lansing's complete dominance on the rodeo circuit is putting a serious pinch on gambler Nat Regan's bankroll, and Regan decides to exact his revenge by framing Tex for a barroom murder. Convinced he can prove his innocence if he catches up with Regan, Tex and bumbling sidekicks Stubby and Pee Wee follow the traveling rodeo to the town of Frontier, where Tex hatches a plan to snag his nemesis. Starring Tex Ritter, Ann Evers, Horace Murphy and Snub Pollard; Directed by Ray Taylor.

Customer Rating:
Based on 5 ratings.


Watching these movies, its easy to see why Tex Ritter was popular. His voice is pleasent, he comes across as likeable and he rides and shoots with the best of them. Nothing spectacular here plot-wise but both of these flicks have nothing to be ashamed of. An added bonus is silent movie comic Snub Pollard, as "Pee Wee", these Tex Ritter movies represent the bulk of his work currently available for movie buffs.