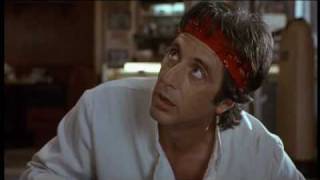 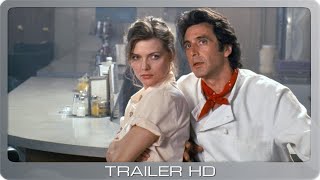 In this adaptation of Terrence McNally's play, Johnny (Al Pacino), an ex-con turned short order cook, woos Frankie (Michelle Pfeiffer), a reluctant plain jane waitress. Set in a dingy Manhattan diner, the story revolves around Johnny's eager, won't-stop-at-anything attempt to draw the embittered, recalcitrant Frankie out of her shell. As the two loners inch closer to love, we learn about their past: how Johnny landed in prison and what soured Frankie on men and relationships.

Two down-on-their-luck New Yorkers meet over the short-order counter at a Greek cafe in Manhattan. She's a waitress with a painful past, too hurt to fall in love again; he's a divorced ex-con with a talent for cooking and a big heart, looking for a second chance, pursuing her.

Up Close and Personal
$6.50 Super Savings
Add to Cart

And Justice for All
$9.50 Super Savings
Add to Cart

Customer Rating:
Based on 49885 ratings.


If you love romantic comedies, Frankie & Johnny is right up your alley! In fact, this film might rank up as one of the best in the genre! Directed by Garry Marshall(brother of Penny) Al Pacino and Michelle Pfeiffer have dynamic chemistry as two folks looking for love in the wrong places! This movie will make you laugh as well as cry hoping that Al and Michelle hook up! I will not tell you the rest of the plot but I know you will enjoy it very much! The supporting cast adds to the fun of a well crafted movie that does not gets the recognition that it deserves! The film's soundtrack is top notch as well leaving you wanting for more!