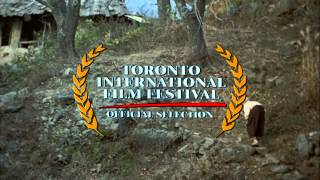 This subtle and bucolic Korean film is "dedicated to all grandmas" by its director Jeong-hyang Lee. The story concerns bratty, selfish seven-year-old Sang-Woo (Seung-Ho Yoo) who is sent out into the mountains to live with his ancient, mute, partially deaf grandmother (Eul-Boon Kim) while his stressed-out single mom looks for work back in the city. Angry and resentful, the boy is bored with his new life of simple food, sleeping on the floor in a one-room hut, and having nowhere to buy batteries for his dying handheld video game. Eventually Grandma's humble patience and unconditional love get through to him, and there's plenty of space for comic vignettes and moving moments of stillness along the way. The boy's hyper world of candy and toys contrasts with grandma's slow, natural environment and allows for contemplation on our rapidly changing culture. This is the second film from Ms. Lee, whose cast consists largely of inexperienced locals from the village where she shot the film. Eul-Boon Kim is a particularly amazing discovery as the grandmother; she had never even seen a movie before being cast.

Welcome to Dongmakgol
$10
Add to Cart

20%off
Take Care of My Cat (Goyangileul Butaghae)
$24.10 Super Savings
Add to Cart