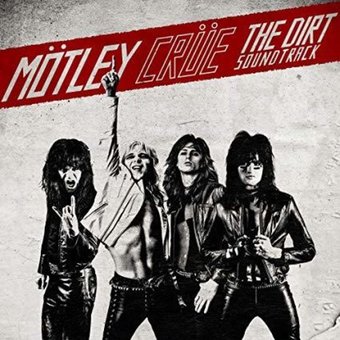 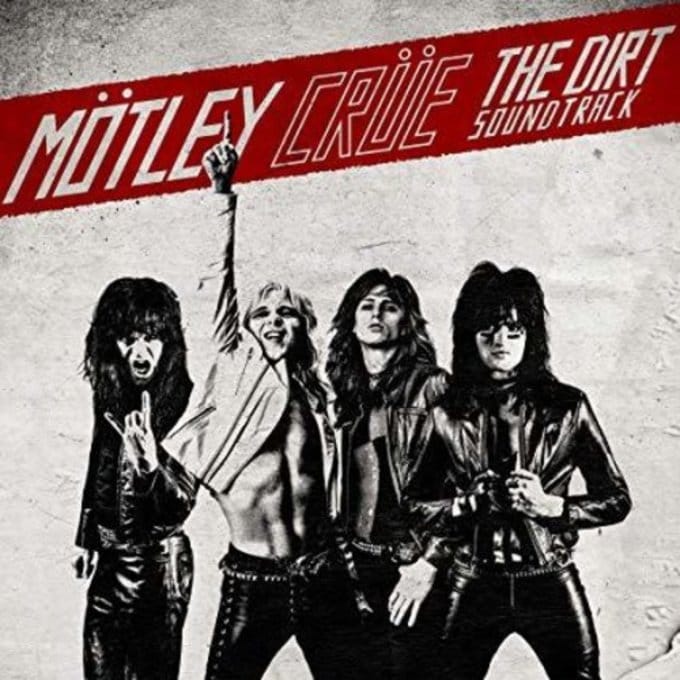 Personnel: Vince Neil (vocals); Mick Mars (guitar); Tommy Lee (drums, percussion).
Recording information: Addiction Sound Studios, Nashville; Atrium Studio, Los Angeles; Cherokee Studios, Hollywood; Hit City West, Los Angeles; Little Mountain Sound Studios LTD, Vancouver.
Photographers: Mark Weiss ; Ross Halfin.
Biopic The Dirt tells the story of M”tley Cr?e's wild ride through their time as one of the most popular and most debaucherous bands of the metal years. During a blistering run that lasted the entirety of the '80s, the L.A. band sold millions of records, toured the world, and challenged death constantly with reckless behavior, substance abuse, and the kind of mayhem that sometimes seems like it only existed in the time when hair metal reigned. Some of these misadventures were collected in the 2001 book The Dirt, and the 2019 film adaptation of the book further dramatizes some of the group's already unbelievable antics, as well as getting into the music that made it all happen. The soundtrack to the film is made up entirely of music by M”tley Cr?e, but in addition to 14 selections from their early catalog, they recorded four entirely new tracks in 2018 especially for inclusion in the film. Rapper Machine Gun Kelly (who plays the role of drummer Tommy Lee in the film) features on the song "The Dirt (Est. 1981)," dropping a rapped coda about tattoos, girls, cars, and the rock & roll lifestyle into the song's pop-metal framework. Huge, hooky choruses were part of the Cr?e's formula for success in the '80s, and they don't shy away from that formula here, either. In addition to two other new songs, "Crash and Burn" and "Ride with the Devil," the band offer an unlikely cover in the form of Madonna's 1984 smash hit "Like a Virgin." Die-hard metalheads might scoff at the idea of a band synonymous with '80s metal decadence taking a stab at one of the decade's most commercial artists, but 35 years later the context of the song (and of all the musicians in the equation, for that matter) has shifted to the point where the cover can be taken at face value. It's a revved-up version of an undeniably catchy song, delivered with an extra dose of menace and possibly a self-aware smirk at how ridiculous it is. The Dirt soundtrack pairs the nostalgia of well-loved favorites ("Home Sweet Home," "Kickstart My Heart," "Shout at the Devil") with the reinvigorated excitement of the raw newer songs for a collection that feels more like a companion to the film than a greatest-hits repackaging. ~ Fred Thomas

The Decline of Western Civilization Part II: The Metal Years
$16.30
Add to Cart

17%off
Soundtrack
School of Rock [Original Soundtrack]
$9.98 on Sale
Add to Cart