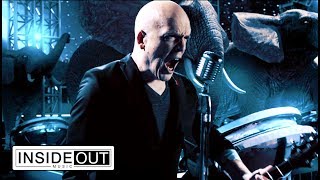 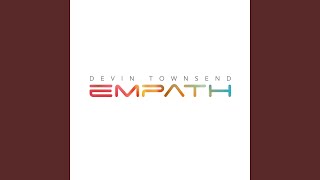 Personnel: Devin Townsend (vocals, guitars, synthesizer, computer); Elliot Desgagn‚s, Reyne Townsend (vocals); Mike Keneally (guitars, keyboards); Callum Marinho (whistle); Sam Paulicelli, Anup Sastry, Morgan ?gren (drums).
Audio Mixers: Adam "Nolly" Getgood; Troy Glessner.
Liner Note Author: Devin Townsend.
Recording information: Monnow Valley Studios, Wales, UK; Recroom, The Farm and Devlab, Vancouver BC; The Armoury; The Armoury Studios, Vancouver BC; The Grid in Montreal, Canada.
Photographer: Tanya Ghosh.
"I know where I'm headed, but I don't know what it is," says Devin Townsend in the initial episode of the seven-part documentary that prefaced the release of Empath, his first solo album since dissolving the Devin Townsend Project in 2017. For nearly 30 years, Townsend has erased artificial boundaries between genres. He has continually juxtaposed tracks ranging from extreme metal to progressive rock, classical, new age, ambient music, and even Americana on the same album. Here he goes much further: He grants listeners -- and himself -- witness to the jarring totality of his musical identity as he collides, explodes, and re-combines genres and sonic stratagems within songs. It's tempting to hear this dizzying and at times, confounding record as a career summation in one album -- it's actually a new way of working that presents Townsend's massive soundworld in an ordered universe acting in balanced, simultaneous equanimity. Townsend plays loads of instruments and synths here and sings his ass off; he's accompanied by a top-flight cast with vocalists Anneke Van Giersbergen and Ch‚ Aimee Dorval, the Elektra Women's Choir, bassist Nathan Navarro, former boss Steve Vai, drummers Morgan ?gren, Anup Sastry, and Samus Paulicelli, and even Nickelback vocalist Chad Kroeger (who convinced Townsend to undertake this project). The music director for this massive undertaking is none other than guitarist Mike Keneally.
With its gull cries, lapping ocean waves, Polynesian slide guitar, and ambient airiness, "Castaway" gives way to the sprawling first single "Genesis." It perfectly encapsulates the album as aggressive double bass, synthetic disco beats, gentle acoustics, power riffs, and massive orchestration accompany the Elektra Women's Choir, who deliver one of the best choruses Townsend ever penned. The choir introduces "Spirits Will Collide" accompanied by a subdued guitar and bass vamp, and 4/4 plodding drums. Together they frame a melody that erupts with majesty and power. Townsend's voice soars as the tune becomes a swelling anthem worthy of "You'll Never Walk Alone." "Sprite," with Van Giersbergen, is a new age fairy tale with layered samples and synths, acoustic guitars, bird sounds, and an Eastern mode that strips itself away to generate heaviness via progressive and classical thematics. "Hear Me" is as brutal as his Strapping Young Lad project, though the choir adds a centering effect. "Why," in waltz time and drenched in orchestral strings, is pure Gilbert & Sullivan. "Requiem" is an 11-minute prelude to the 23-minute epic "Singularity" suite but stands on its own as a set highlight. Here, Townsend combines film music with hooky, Slade-esque choruses, martial beats, and shard-like riffs from crunchy guitars. "Singularity" ranges through ambient music ("Adrift") crushing, extreme metal ("There Be Monsters"), fusion (Curious Gods"), sci-fi metal ("Silicon Scientists"), and knotty, transcendent progressive metal ("Here Comes the Sun"). Empath is, for better and worse, unrestrained; it's everything and- the kitchen sink, and will more than likely divide fans. Townsend understood that going in but needed to work this way. That said, though it's wildly excessive and indulgent, it's also inarguably among the most inspiring, thought-provoking, and accomplished of his works. ~ Thom Jurek