NME (Magazine): 4 stars out of 5 -- "This is music that deserves to be viewed as heavy music, despite it more likely being filed under the `progressive' section of your record store." 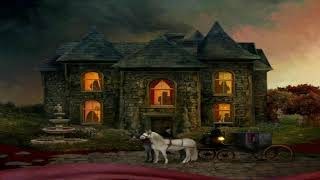 NME (Magazine)
4 stars out of 5 -- "This is music that deserves to be viewed as heavy music, despite it more likely being filed under the 'progressive' section of your record store."

Personnel: Mikael ?kerfeldt (vocals, guitars, strings, background vocals); Klara Force, Bruno K. ™ijer, Markus Ahlberg, Olof Palme, M¡rjam Akerfeldt, Melinda Akerfeldt, Dora Ahlberg, Alva Akesson (spoken vocals); Fredrik ?kesson (guitars, whistle, background vocals); Malin Ahlberg (Hammond b-3 organ); Anekdoten (Mellotron); Joakim Svalberg (keyboards, background vocals); Mart¡n Mendez (bass guitar); Martin Axenrot (drums, percussion).
Audio Mixers: Mikael ?kerfeldt; Opeth; Stefan Boman.
Recording information: Angel Studios, London (11/18/2018-03/06/2019); Junkmail Studios, Stockholm, Sweden (11/18/2018-03/06/2019); Park Studios, Psykbunkern, Orby, Stockholm, Sweden (11/18/2018-03/06/2019); Angel Studios, London (2018); Junkmail Studios, Stockholm, Sweden (2018); Park Studios, Psykbunkern, Orby, Stockholm, Sweden (2018).
Arranger: Dave Stewart .
In interviews before the release of In Cauda Venenum, Mikael ?kerfeldt, Opeth's vocalist, guitarist, and chief songwriter, stated that "heaviness" was an aesthetic rather than a sound, to explain why he had abandoned death metal. Beginning with 2011's Heritage, Opeth made a conscious shift toward progressive rock that has, as evidenced here, become pervasive. This set is their first to be issued in English and Swedish editions. Sonically and musically, the album contains musical and production traits already evident on Heritage and Sorceress -- and to a lesser degree, on Pale Communion -- as organs, synths, Mellotron, acoustic guitars, syncopated rhythms, strings, choirs, and key changes are crafted into the band's two-guitar-bass-drum attack. But where the previous three studio albums were rife with experimentation, In Cauda Venenum is focused on a cohesively pre-arranged whole. It may be the fourth entry in their progressive evolution, but it's their first to deliver the full realization of the band's potential.
These ten songs are laden with lush textures, painstakingly crafted melodies, unapologetic gothic overtones, startling dynamics, and visceral presence. Opeth may deliberately borrow inspiration from many sources, but they aren't trying to re-create them. The band recorded at Park Studios in Stockholm with all-analog gear and a goal: "to be as epic as possible." While set-opener "The Garden of Earthly Delights" is a three-and-a-half-minute Gothic intro; the first tune proper, "Dignity," is heavy as hell, with multi-tracked wordless choral choruses, swirling organs and Mellotron, sampled spoken voices, sound effects, popping drums, and spiky lead guitars. Its intense opening section gives way to fingerpicked acoustic, gently sung lyrics, and textural atmospherics before roaring back into riff-laden hard rock. "Heart on Hand," the other advance track, commences with a guitar-and-bass riff right out of "Immigrant Song," framing the cleanest, most emotionally resonant vocals in ?kerfeldt's career before swirling into instrumental chaos and transforming itself into a lilting ballad in the final third. There are brutal moments here, too, in angular jams like "Charlatan," with its overdriven, filthy bassline. "Universal Truth" alternates between folk-inflected prog and spidery hard rock. The moody classical guitar and piano intro to "The Garroter" gives way to spooky, swinging dark jazz. While the sprightly keyboard and strummed guitar vamp on "Continuum" are a sinister musical perversity, they circle toward spiraling prog metal with the vocal and rhythmic section syncopations of Yes, then unwind into moody pastoral, poly-harmonic, folk-inflected Gothic rock. Though it emerges slowly, there is a biting crackle in the sweeping majesty of closer "All Things Pass." ?kerfeldt's and Fredrik ?kesson's guitars spiral and slash in a loss-saturated vibe colored by swirling organ, Mellotron, and crashing tom-toms, as Opeth buoy the singer whose lyric is drenched in loss and grief. On In Cauda Venenum, Opeth have thoroughly revisioned prog rock for the 21st century. While there are referents to the past, they have merely been folded into a brand of heavy music that reflects not progressive rock's history, but Opeth's enduring, evolving image. ~ Thom Jurek

Nightwish
Made in Hong Kong (And in Various Other Places)
$12.70 CD Sale
Add to Cart

Nightwish
Over the Hills and Far Away
$12.70 CD Sale
Add to Cart