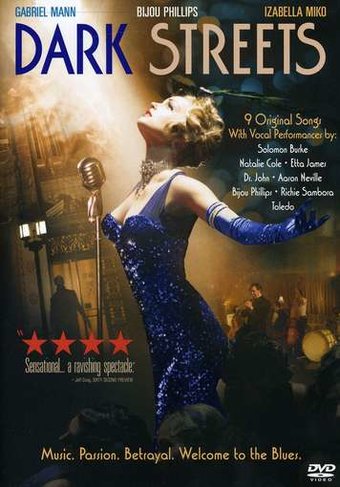 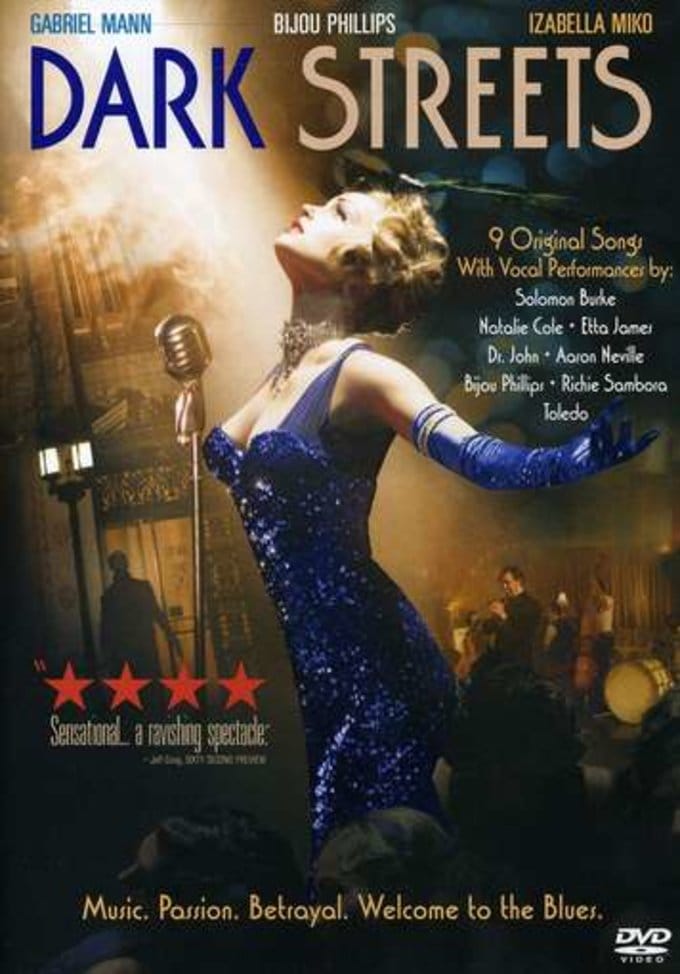 Adapted from Glenn M. Stewart's stage musical, THE CITY CLUB, Rachel Samuels's DARK STREETS is a smoky modern noir set in an unnamed Depression-era American city. Gabriel Mann stars as Chaz Davenport, the son of a wealthy and important public figure who surprises everyone by committing suicide. A distraught Chaz, who owns a hot new nightclub featuring a talented roster of singers and dancers, soon discovers there was another side to his father's life--and death--that he knew nothing about. At the same time, a very strange police lieutenant (Elias Koteas) shows up, offering Chaz protection from the loan sharks he owes big money to in exchange for giving a shot to sexy chanteuse Madelaine (Izabella Miko). Chaz's growing interest in the femme fatale creates a wedge between him and another of his singers, Crystal (Bijou Phillips), with whom he has an on-again, off-again relationship. While the city keeps experiencing blackouts, scandal and murder threaten to destroy everything around Chaz. In DARK STREETS, Samuels (THE SUICIDE CLUB) creates an atmosphere of intrigue and mystery with the help of Frank Bollinger's production design, Sharone Meir's cinematography, and Maria Schicker's costumes, evoking such films as CHINATOWN, THE COTTON CLUB, and THE BLACK DAHLIA. For the soundtrack, James Compton, Tim Brown, and Tony De Meur wrote original blues and R&B numbers that have been performed by a remarkable group of legends, including Etta James, Natalie Cole, Aaron Neville, Solomon Burke, and Chaka Khan, while B. B. King contributes guitar to George Acogny's instrumental score. The film is emceed by Prince Royale (Toledo Diamond), who is also the emcee of Chaz's nightclub.

Welcome to the Blues and mystery of Dark Streets. Chaz Davenport (Gabriel Mann) is a dashing playboy who has it all: a hot nightclub, two glamorous singers (Bijou Phillips, Izabella Miko) and the most seductive music ever created playing from his stage. But when he enlists help to look into the sinister circumstances surrounding his father's death, Davenport's life spirals out of control. Dark, sexy and sensuous, this music-driven journey smolders with a smoking hot score and a soundtrack that includes 9 original songs with vocal performances by Solomon Burke, Natalie Cole, Etta James, Dr. John, Aaron Neville, Bijou Phillips, Richie Sambora, Toledo and More!