Hollywood actors star in this inspiring collection of short Christian films, some never before on DVD. Plus an episode of the classic religious television anthology series 'Crossroads.' 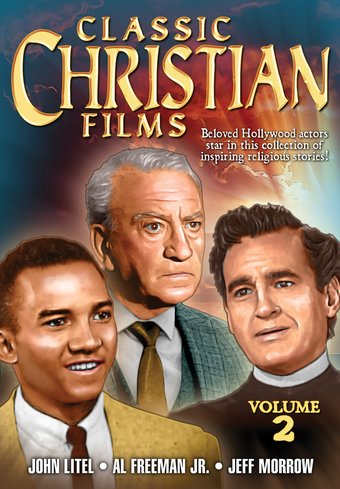 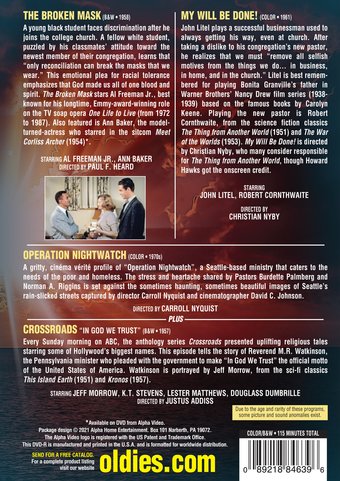 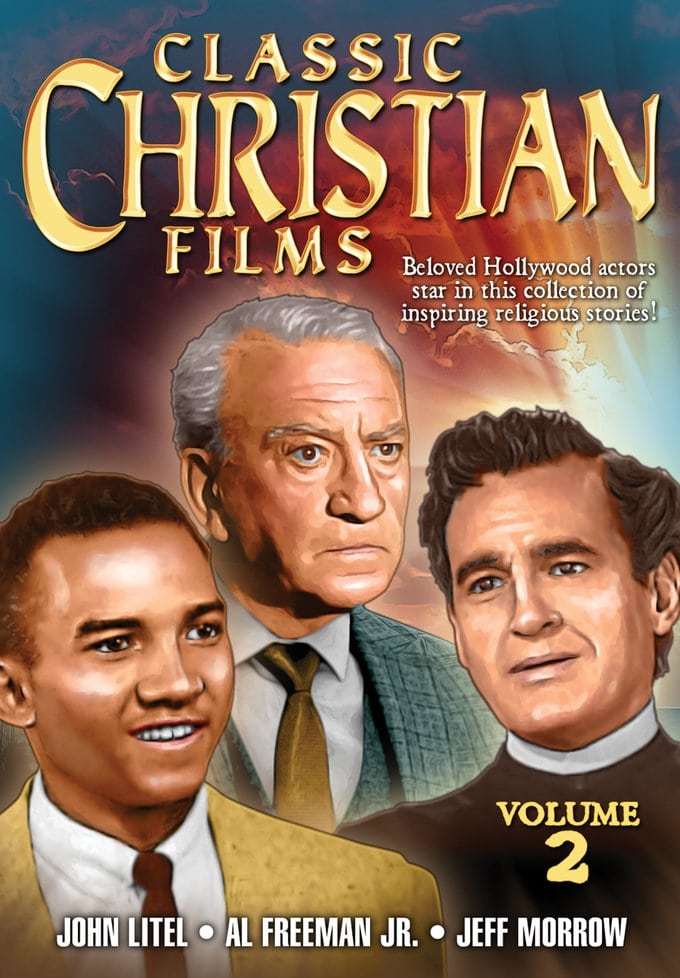 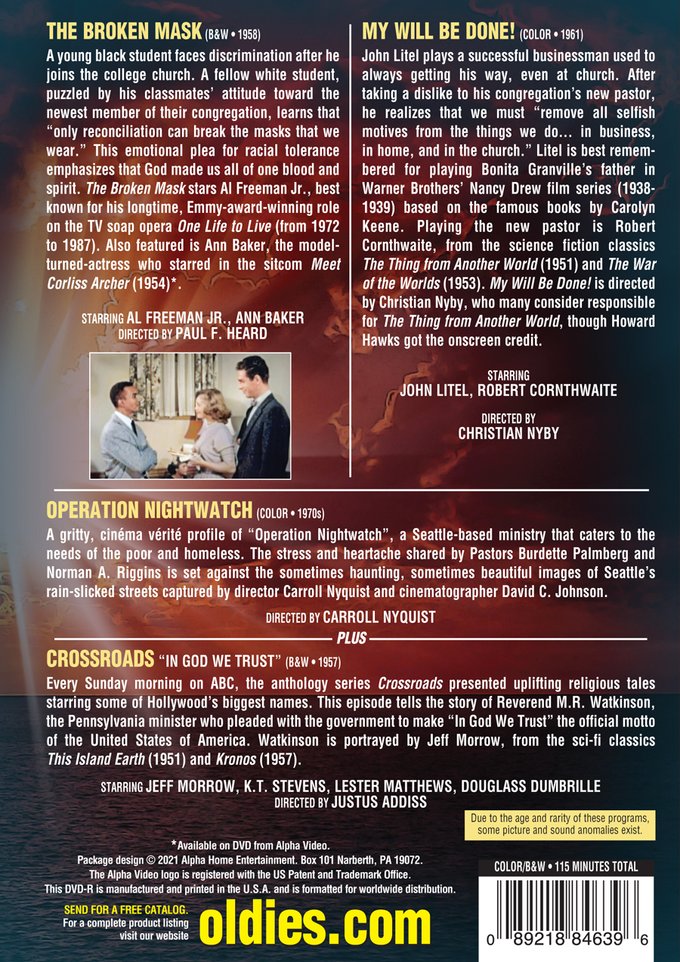 THE BROKEN MASK (1958): A young black student faces discrimination after he joins the college church. A fellow white student, puzzled by his classmates' attitude toward the newest member of their congregation, learns that "only reconciliation can break the masks that we wear." This emotional plea for racial tolerance emphasizes that God made us all of one blood and spirit. The Broken Mask stars Al Freeman Jr., best known for his longtime, Emmy-award-winning role on the TV soap opera One Life to Live (from 1972 to 1987). Also featured is Ann Baker, the model-turned-actress who starred in the sitcom Meet Corliss Archer (1954).

MY WILL BE DONE! (1961): John Litel plays a successful businessman used to always getting his way, even at church. After taking a dislike to his congregation's new pastor, he realizes that we must "remove all selfish motives from the things we do...in business, in home, and in the church." Litel is best remembered for playing Bonita Granville's father in Warner Brothers' Nancy Drew film series (1938-1939) based on the famous books by Carolyn Keene. Playing the new pastor is Robert Cornthwaite, from the science fiction classics The Thing from Another World (1951) and The War of the Worlds (1953). My Will Be Done! is directed by Christian Nyby, who many consider responsible for The Thing from Another World, though Howard Hawks got the onscreen credit.

OPERATION NIGHTWATCH (1970s): A gritty, cinéma vérité profile of "Operation Nightwatch", a Seattle-based ministry that caters to the needs of the poor and homeless. The stress and heartache shared by Pastors Burdette Palmberg and Norman A. Riggins is set against the sometimes haunting, sometimes beautiful images of Seattle's rain-slicked streets captured by director Carroll Nyquist and cinematographer David C. Johnson.

PLUS: CROSSROADS "IN GOD WE TRUST" (1957): Every Sunday morning on ABC, the anthology series Crossroads presented uplifting religious tales starring some of Hollywood's biggest names. This episode tells the story of Reverend M.R. Watkinson, the Pennsylvania minister who pleaded with the government to make "In God We Trust" the official motto of the United States of America. Watkinson is portrayed by Jeff Morrow, from the sci-fi classics This Island Earth (1951) and Kronos (1957).