The iconic Louise Brooks got her big break in this charming silent comedy about two sisters who work in a department store, as different as night and day. 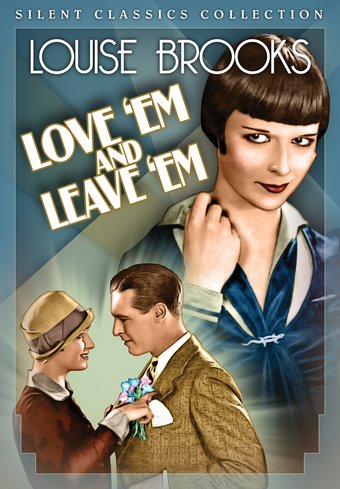 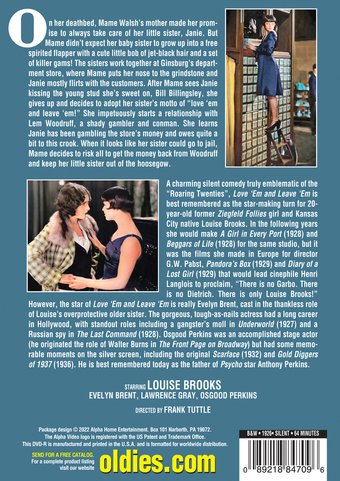 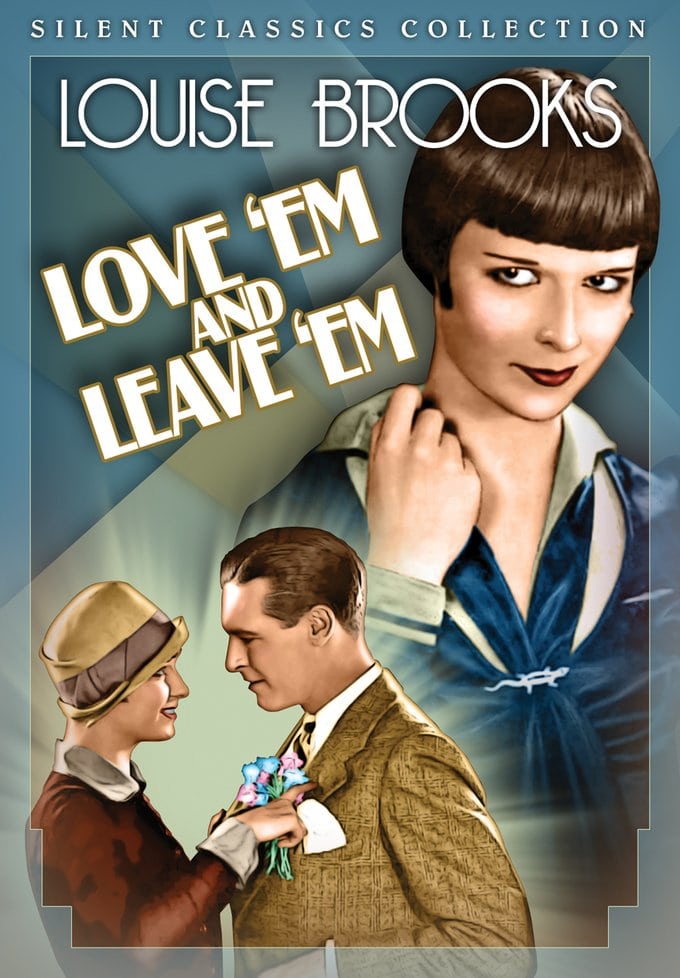 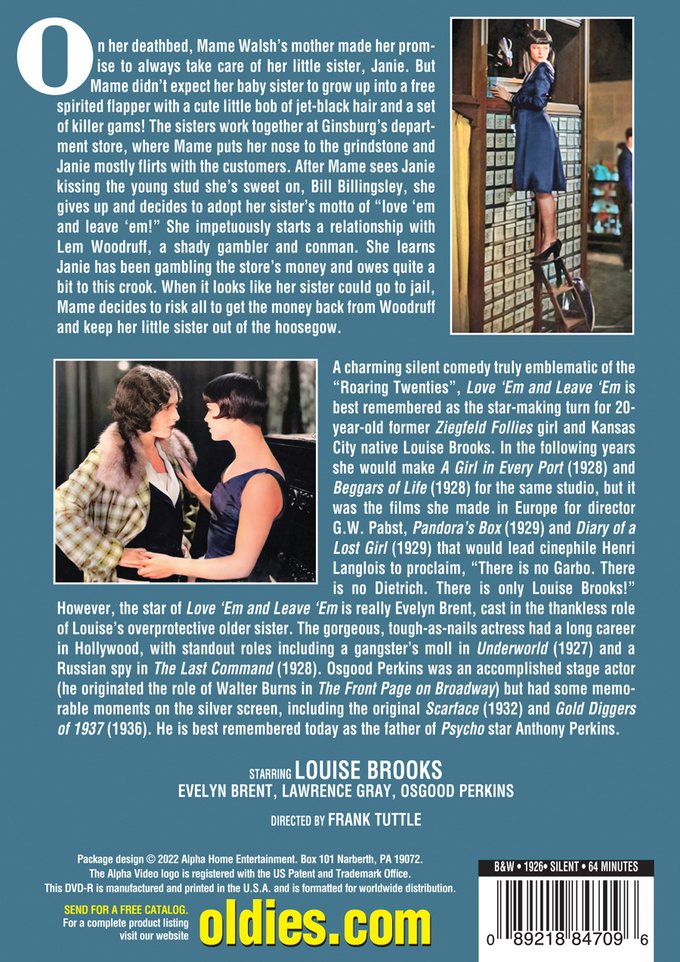 On her deathbed, Mame Walsh's mother made her promise to always take care of her little sister, Janie. But Mame didn't expect her baby sister to grow up into a free spirited flapper with a cute little bob of jet-black hair and a set of killer gams! The sisters work together at Ginsburg's department store, where Mame puts her nose to the grindstone and Janie mostly flirts with the customers. After Mame sees Janie kissing the young stud she's sweet on, Bill Billingsley, she gives up and decides to adopt her sister's motto of "love 'em and leave 'em!" She impetuously starts a relationship with Lem Woodruff, a shady gambler and conman. She learns Janie has been gambling the store's money and owes quite a bit to this crook. When it looks like her sister could go to jail, Mame decides to risk all to get the money back from Woodruff and keep her little sister out of the hoosegow.

A charming silent comedy truly emblematic of the "Roaring Twenties", Love 'Em and Leave 'Em is best remembered as the star-making turn for 20-year-old former Ziegfeld Follies girl and Kansas City native Louise Brooks. In the following years she would make A Girl in Every Port (1928) and Beggars of Life (1928) for the same studio, but it was the films she made in Europe for director G.W. Pabst, Pandora's Box (1929) and Diary of a Lost Girl (1929) that would lead cinephile Henri Langlois to proclaim, "There is no Garbo. There is no Dietrich. There is only Louise Brooks!" However, the star of Love 'Em and Leave 'Em is really Evelyn Brent, cast in the thankless role of Louise's overprotective older sister. The gorgeous, tough-as-nails actress had a long career in Hollywood, with standout roles including a gangster's moll in Underworld (1927) and a Russian spy in The Last Command (1928). Osgood Perkins was an accomplished stage actor (he originated the role of Walter Burns in The Front Page on Broadway) but had some memorable moments on the silver screen, including the original Scarface (1932) and Gold Diggers of 1937 (1936). He is best remembered today as the father of Psycho star Anthony Perkins.