An offer you can't refuse.

Different formats available:
The Godfather (DVD) for $12.70
Our customers love us! 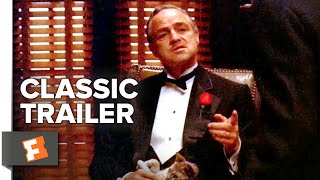 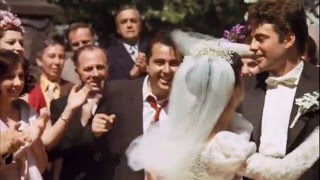 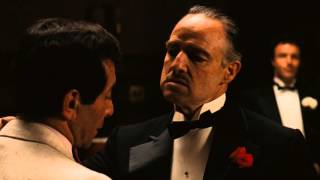 "I'm going to make him an offer he can't refuse."

Based on the bestselling novel by Mario Puzo (who co-wrote the screenplay with director Francis Ford Coppola), THE GODFATHER tells an epic tale of Mafia life in America during the 1940s and '50s. Vito Corleone (Marlon Brando) is the family patriarch balancing a love of his family with an ambitious criminal instinct. At the wedding of the Don's daughter, Connie (Talia Shire), youngest son Michael (Al Pacino) is reunited with his family. A subsequent assassination attempt leaves the Don too ill to run the family business, forcing Michael and Sonny (James Caan), with the help of consigliere Tom Hagen (Robert Duvall), to lead the Corleones into a vendetta-filled war with other mob families. Violent revenge ensues as the family tries to change from its old criminal ways into legitimacy.

Coppola's certified masterpiece, which won three Oscars (including Best Picture) and spawned an Oscar-winning sequel (THE GODFATHER PART II), set a new screen standard for merging blood-soaked violence with intimate family drama. In the process, Coppola single-handedly established the Mafia as an industry in film and television (GOODFELLAS, THE SOPRANOS). Featuring truly unforgettable performances, including the Best Actor-winning Brando, the riveting Pacino, and an unexpectedly dramatic Diane Keaton, THE GODFATHER is the pinnacle of Hollywood cinema in the 1970s.

Based on Mario Puzo's best-selling novel, THE GODFATHER is Francis Ford Coppola's Mafia masterpiece. The film tells the story of the powerful Corleone family, headed by patriarch Vito Corleone (Marlon Brando). Coppola sets a new standard for cinematic violence intercut with Italian-American family life. Al Pacino, in his breakout role, is riveting as youngest son Michael, a war hero turned ruthless gangster. The musical score by Nino Rota along with such classic lines as, "I made him an offer he couldn't refuse," make this epic mobster movie unforgettable.