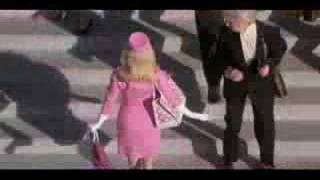 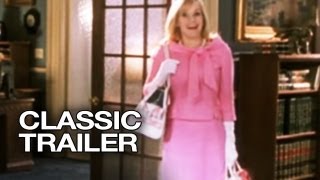 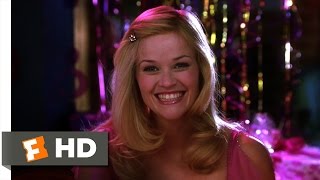 Elle Woods (Reese Witherspoon) returns in all of her pink splendor in this sequel to LEGALLY BLONDE. This time, spunky lawyer Elle is in the midst of planning her wedding to law professor Emmett Richmond (Luke Wilson) when she realizes that she has to locate the mother of her pet Chihuahua, Bruiser, in order to include her on the guest list. A detective locates Bruiser's mom, only to find her in an animal testing facility. Determined to put an end to the practice and to free Bruiser's mom in time for the wedding, Elle heads to Washington, D.C. to work as a legislative aid to fellow Harvard Law alum, Representative Victoria Rudd (Sally Field). Unfortunately, Capitol Hill isn't as welcoming as Elle had hoped, and she finds herself learning about the darker side of Washington politics. Undeterred, the ever-optimistic Elle enlists her friends to help in her campaign to stop animal testing. Witherspoon is delightful as the wide-eyed, good-hearted Elle. Bob Newhart stars as Elle's politically aware doorman, and Jennifer Coolidge reprises her role as Paulette, Elle's personal beauty consultant. Directed by Charles Herman-Wurmfeld, the film also stars Regina King, Bruce McGill, and Dana Ivey.

All the President's Men
$10.90 BLACK FRIDAY
Add to Cart