Anti-communist paranoia and racism run wild in this bizarre, unintentionally hilarious pseudo-documentary from the 1960s. 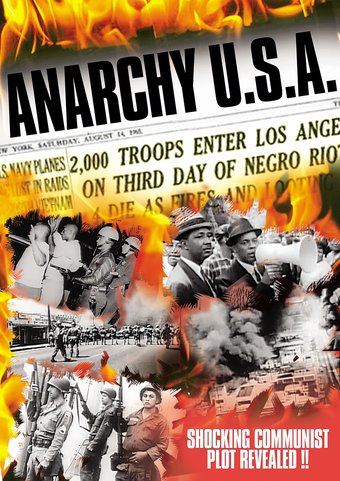 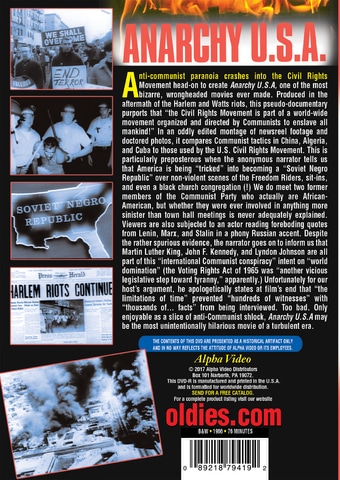 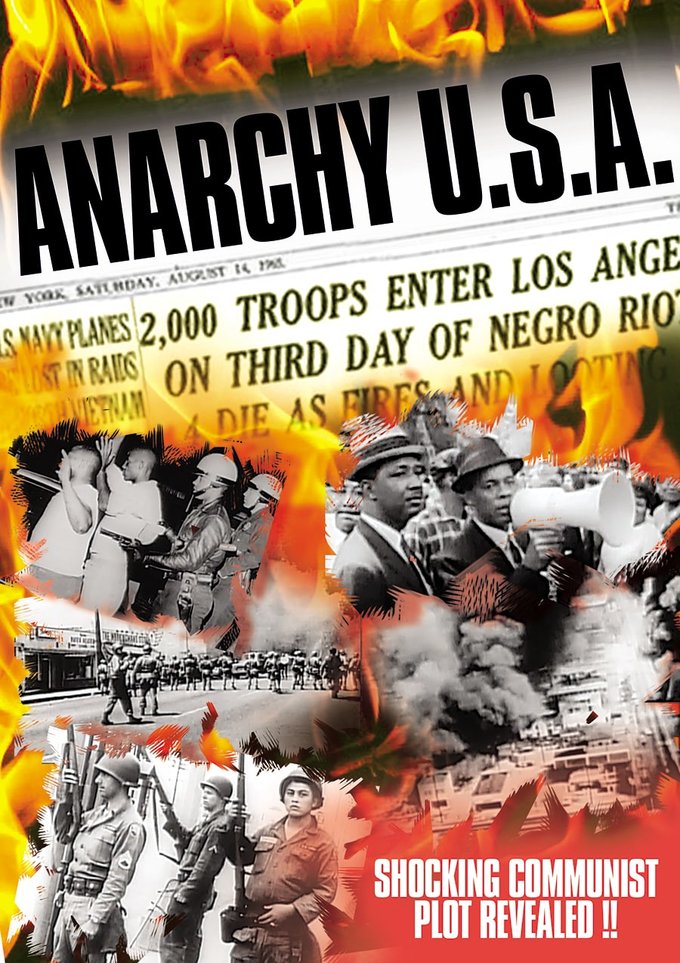 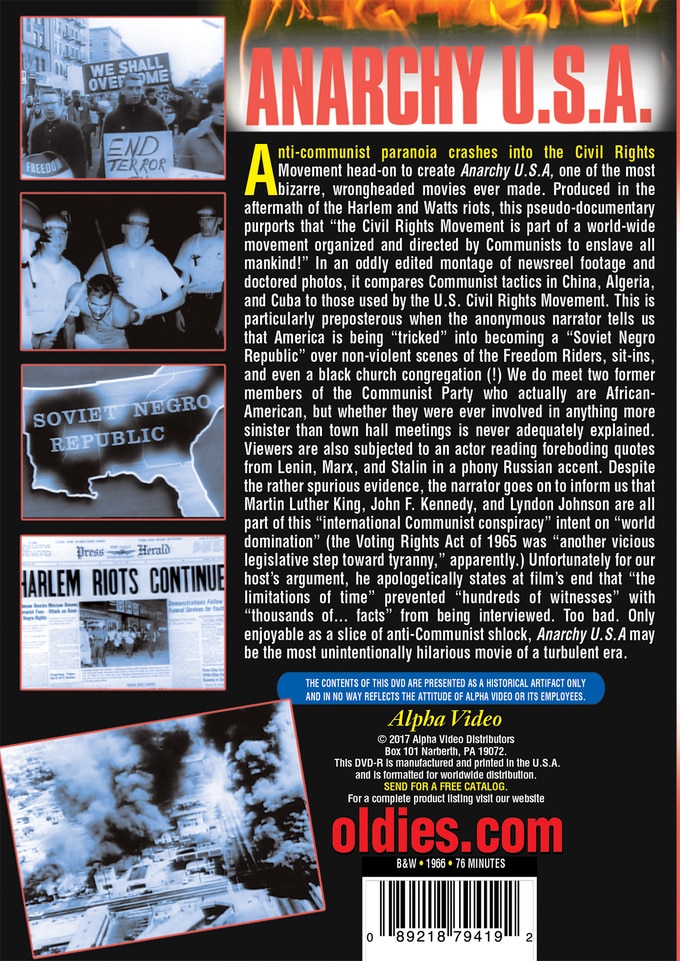 Anti-communist paranoia crashes into the Civil Rights Movement head-on to create Anarchy U.S.A, one of the most bizarre, wrongheaded movies ever made. Produced in the aftermath of the Harlem and Watts riots, this pseudo-documentary purports that "the Civil Rights Movement is part of a world-wide movement organized and directed by Communists to enslave all mankind!" In an oddly edited montage of newsreel footage and doctored photos, it compares Communist tactics in China, Algeria, and Cuba to those used by the U.S. Civil Rights Movement. This is particularly preposterous when the anonymous narrator tells us that America is being "tricked" into becoming a "Soviet Negro Republic" over non-violent scenes of the Freedom Riders, sit-ins, and even a black church congregation (!) We do meet two former members of the Communist Party who actually are African-American, but whether they were ever involved in anything more sinister than town hall meetings is never adequately explained. Viewers are also subjected to an actor reading foreboding quotes from Lenin, Marx, and Stalin in a phony Russian accent. Despite the rather spurious evidence, the narrator goes on to inform us that Martin Luther King, John F. Kennedy, and Lyndon Johnson are all part of this "international Communist conspiracy" intent on "world domination" (the Voting Rights Act of 1965 was "another vicious legislative step toward tyranny", apparently.) Unfortunately for our host's argument, he apologetically states at film's end that "the limitations of time" prevented "hundreds of witnesses" with "thousands of...facts" from being interviewed. Too bad. Only enjoyable as a slice of anti-Communist shlock, Anarchy U.S.A may be the most unintentionally hilarious movie of a turbulent era.
This product is made-on-demand by the manufacturer using DVD-R recordable media. Almost all DVD players can play DVD-Rs (except for some older models made before 2000) - please consult your owner's manual for formats compatible with your player. These DVD-Rs may not play on all computers or DVD player/recorders. To address this, the manufacturer recommends viewing this product on a DVD player that does not have recording capability.

The Hunt for Red October
$6.50 Super Savings
Add to Cart

25%off
Prejudice in America: Compelling Films from our Racist Past (DVD-R)
$5.95 on Sale
Add to Cart