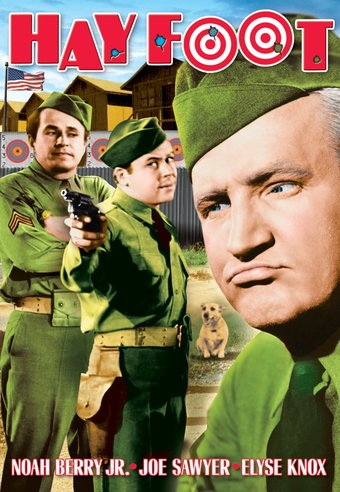 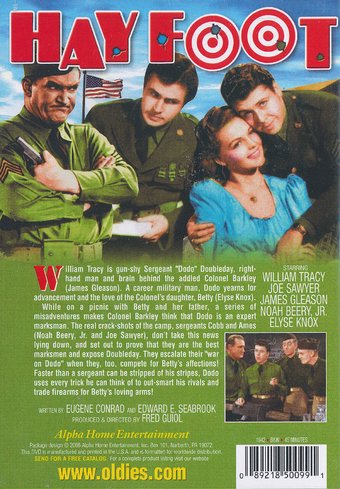 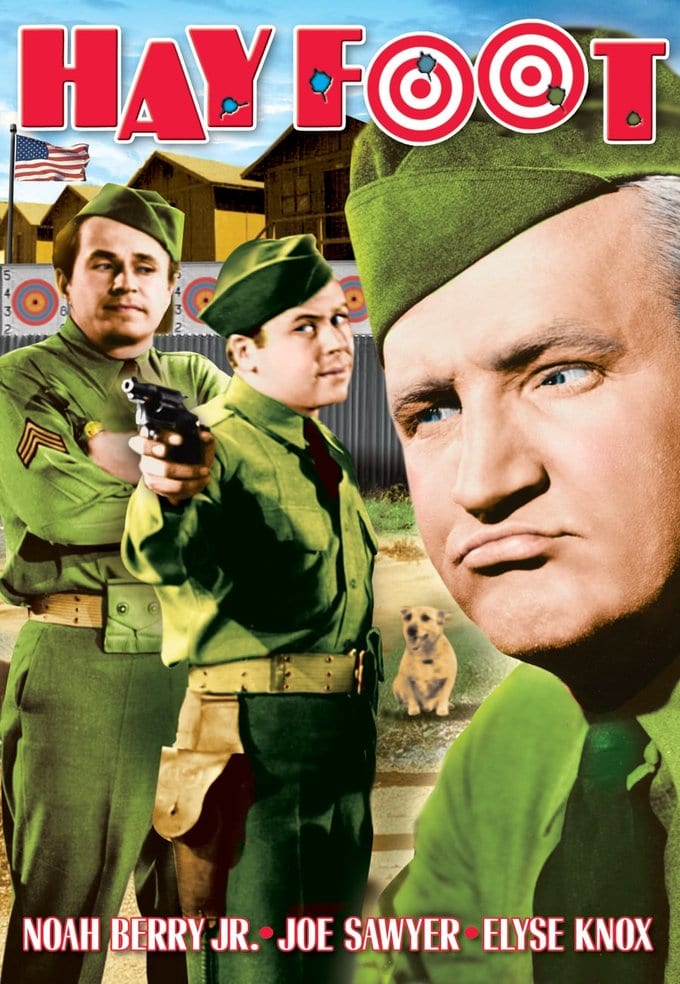 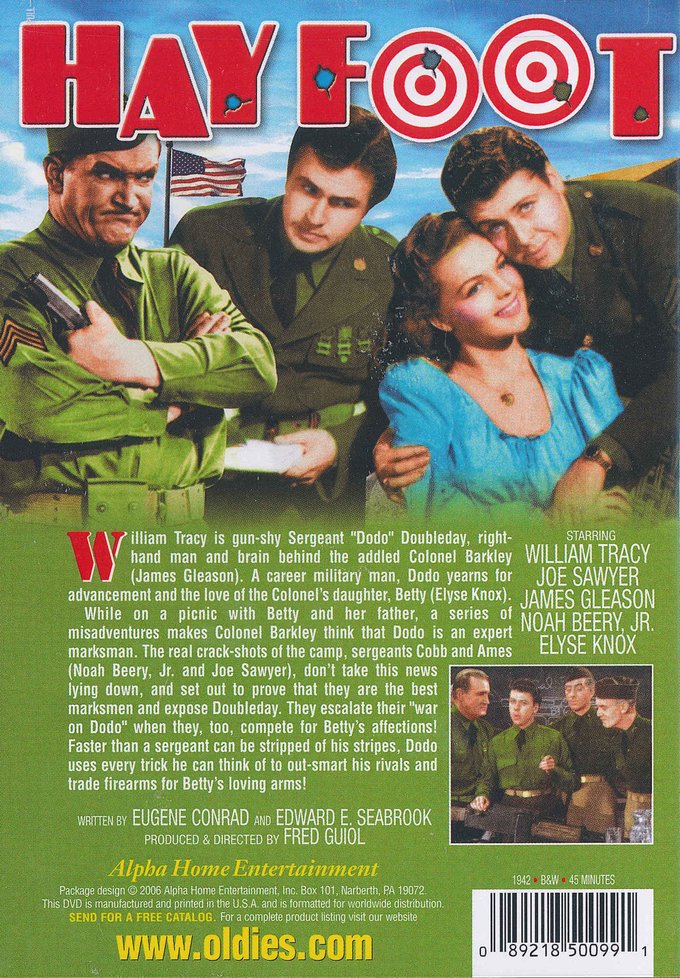 While on a picnic with the Betty and her father, a series of misadventures makes Colonel Barkley think that Dodo is an expert marksman. The real crack-shots of the camp, sergeants Cobb and Ames (Noah Beery, Jr. and Joe Sawyer), don't take this news lying down, and set out to prove that they are the best marksmen and expose Doubleday.

They escalate their "war on Dodo" when they, too, compete for Betty's affections! Faster than a sergeant can be stripped of his stripes, Dodo uses every trick he can think of to out-smart his rivals and trade firearms for Betty's loving arms!

In this 1942 war-comedy, sergeant "Dodo" Doubleday and crackshot shooters sergeants Cobb and Ames vie for the regard of Colonel Barkley and for the attention of his lovely daughter Betty. Through a series of misadventures, the Colonel becomes convinced that the gun-shy Dodo is a master marksman. When Ames and Cobb discover this gross misconception, they declare a "war on Dodo," intending to expose him. But the cowardly Dodo doesn't go down without a fight, and he's willing to use every trick in the book to avoid danger yet still win the hand of Betty.