For Love or Money PG 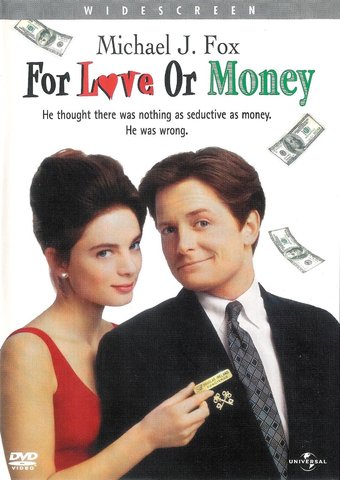 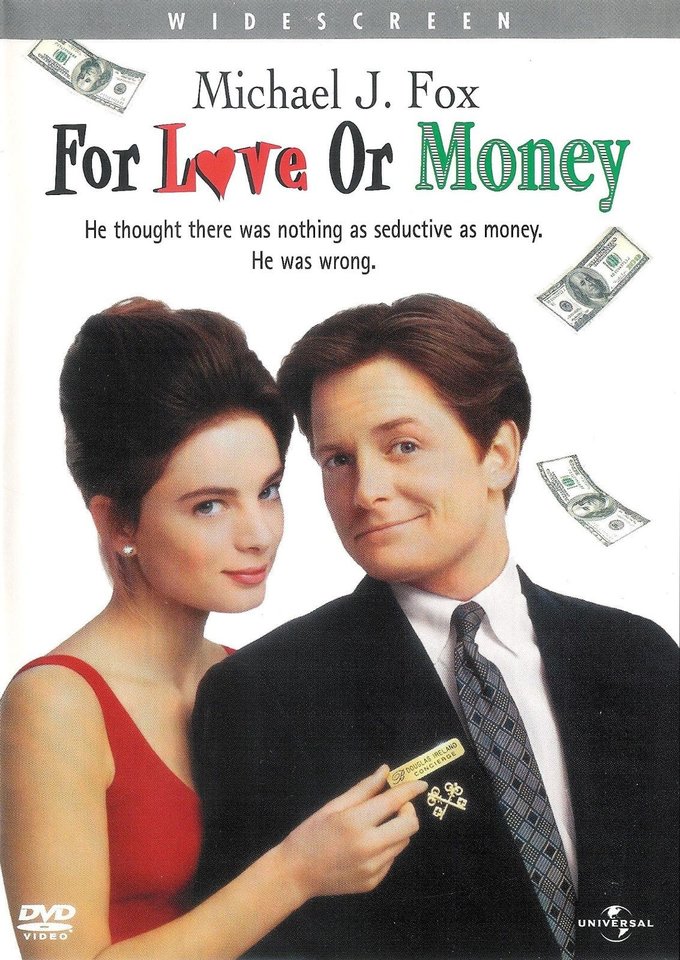 In FOR LOVE OR MONEY, Barry Sonnenfeld tries his hand at romantic comedy. Michael J. Fox plays an affable concierge at an upscale New York hotel who's used to getting people whatever they want. His trouble is getting what he wants for himself. Doug's dream of building his own luxury hotel seems to finally be coming true when he finds a wealthy investor, Christian Hanover (Anthony Higgins), to fund his aspirations. All Doug has to do is keep his wealthy friend happy, including baby-sitting Christian's mistress when he doesn't have time for her. All goes well until Doug finds himself falling for the mistress, a fresh-faced perfume girl and aspiring caberet singer played by the radiant Gabrielle Anwar. Doug then faces a classic dilemma--will he choose love or money' The setting allows for some beautiful shots of New York City, and the film sports a fun supporting cast, including Isaac Mizrahi, Diane Brill, and Bobby Short.

Michael J. Fox and Gabrielle Anwar star in this romantic comedy set in the Big Apple. Fox plays Doug Ireland, a likable if sometimes obsequious hotel concierge who dreams of opening his own luxury hotel. Anwar is Andy, a fresh-faced perfume girl and aspiring cabaret singer. The two are thrown together when Doug finally finds an investor for his project, Christian Hanover (Anthony Higgins), who also happens to be having an affair with Andy. All goes well until Doug finds himself falling for his benefactor's mistress and is forced to choose between love and money.